This little white robot puppy named “Georgie” from MGA Entertainment, is one adorable golden retriever interactive companion and play pal for those Ages 6 and older.

Our review will share with you all the features that make “Georgie” such a sweetheart and why he (or she) may test you with some seriously silly and mischievious behavior.

One of Georgie’s best puppy perks is YOU DO NOT NEED TO BUY BATTERIES! This very active little fur ball operates on rechargeable batteries that are included along with a USB charging cord.

This adorable little golden retriever themed robotic puppy is a non-gender specific toy meaning your little pet lover will enjoy Georgie as a boy puppy or girl puppy as they prefer. 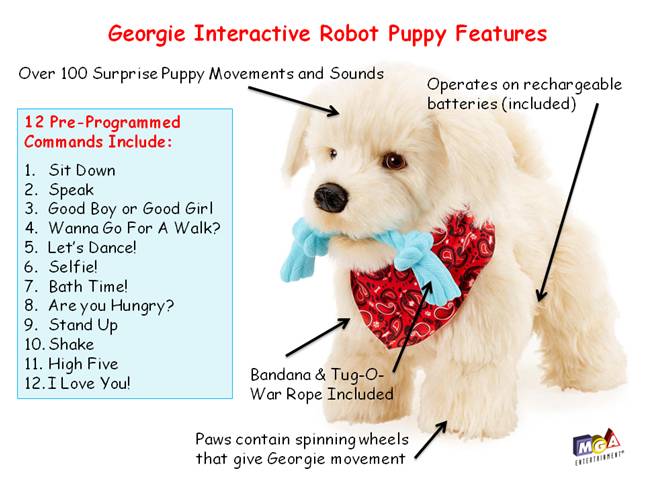 GIVE THIS INTERACTIVE PUPPY GEORGIE A GOOD HOME