In this review, we will take a look at Pom Pom’s features and why this interactive plush panda bear might be a nice toy for that little bear cub lover in your home.

We will also take a look at the facts surrounding purchase of this FurReal Friends toy and what benefits you might expect through play.

This stuffed, plush little panda bear reminds us of why we like pandas. In addition to the fact that they are cute and cuddly, they are also different from other bears, like the brown, black and polar bears and it’s this difference that draws people to them.

When compared to other bears, Panda bears like to sit upright on their hindquarters while munching on a stalk of bamboo — holding their food in an almost human-like form. Their unique look is enhanced by fuzzy black ears and black circles around their eyes rounding out their unique two-toned appearance.

Pandas just look huggable (rather than intimidating like bear other species) inspiring a nurturing instinct in all who love them — from their flat face to their large expressive eyes and their seemingly clumsy nature makes them seem almost baby-like.

What’s in the Box?

Pom Pom possesses these cute characteristics, with movements and sounds that will delight any child who adds this little cutie to their play environment.

Let’s start with what you get in the box with purchase:

This little electronic plush panda bear has all the features you would expect to find in a baby animal that needs attention and nurturing. From the adorable features to the 45+ baby sounds, responses and movements, this little girl panda will hold your attention and is a precious playmate. 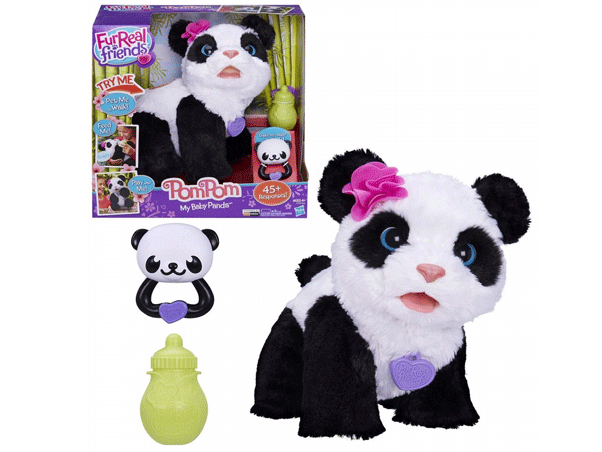 Here are some of her more notable features:

Before purchasing any toy, it helps to know what it will take to assemble, operate and maintain that toy before you buy. Here’s what we think parents should know before purchase: 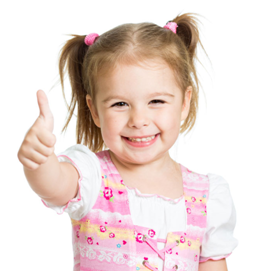 This talking stuffed little panda bear, who, at the shake of a rattle comes running for some attention is an adorable companion for any small child.

She responds to voice commands and has a unique personality all her own. While the manufacturer recommends Pom Pom for Ages 4 and older, younger children will still enjoy her as well.

My Walking Panda from FurReal Friends brings benefits in this interactive play. Your child will gain in:

The fun factor and educational significance this can have for a child makes this toy a great value and will ensure hours of play.

Prices for this FurReal Friends interactive panda bear toy have been determined by the supplier and not this review website. Prices will change based on popularity and availability and is already slated to be a hot seller for the holidays.